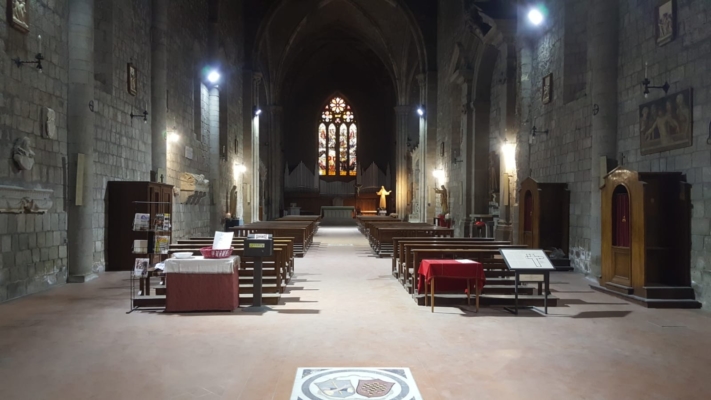 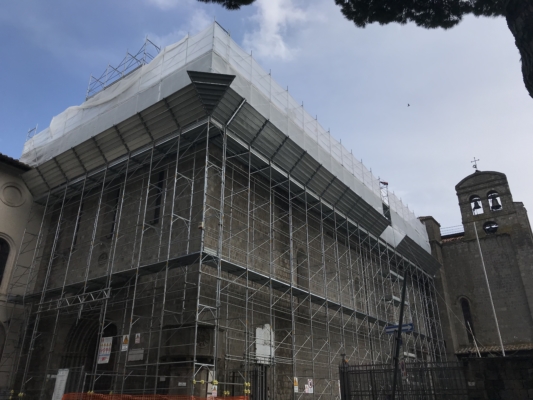 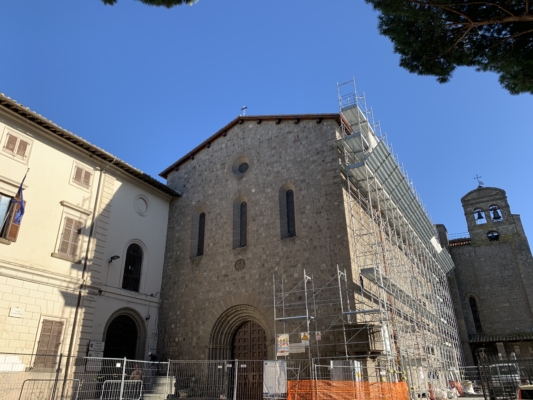 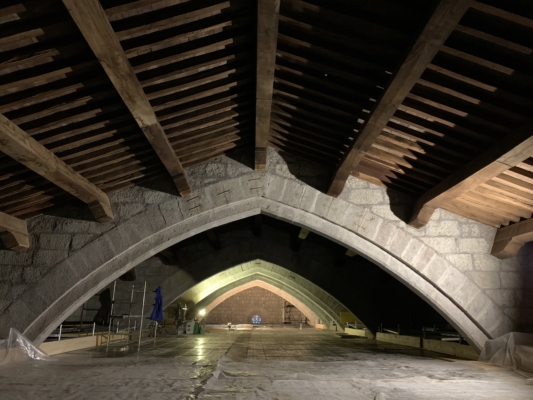 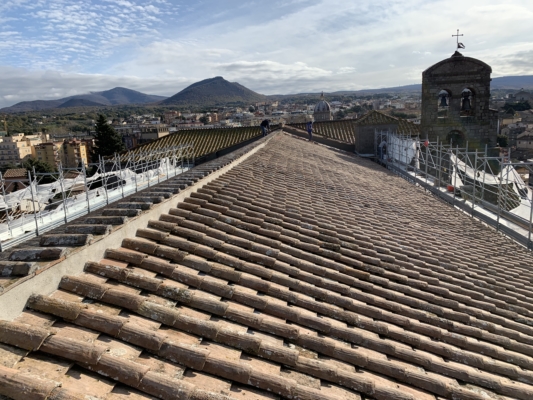 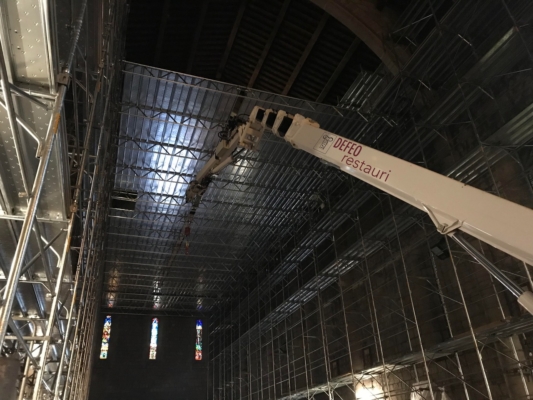 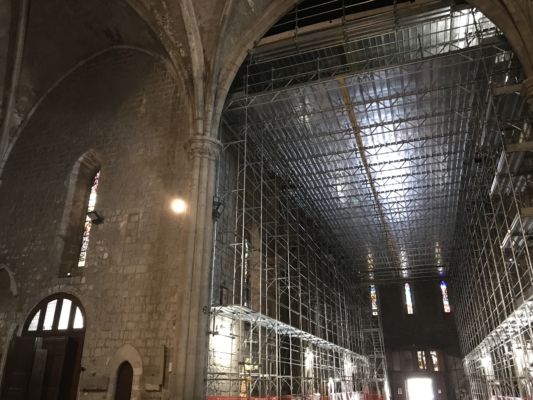 Brief historical notes. The Basilica of San Francesco alla Rocca was built starting from 1237 by the Order of Franciscan Friars, on the model, on a reduced scale, of the Basilica of San Francesco in Assisi. Built in local stone (pietra serena and peperino), the basilica is in Romanesque style with a Latin cross plan. The three arms of the transept are covered with cross vaults, while the main nave, marked by pointed arches in stone, is covered with a roof with two symmetrical pitches in wood and brick. The entire surface of the roof is covered with a layer of roof tiles and flat tiles. The whole complex, seriously damaged by bombing during the Second World War (1944) was partially rebuilt in 1953.