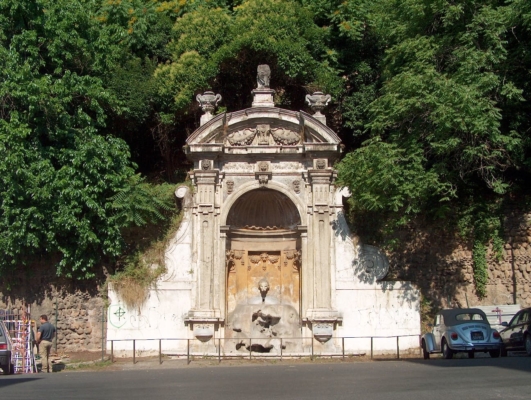 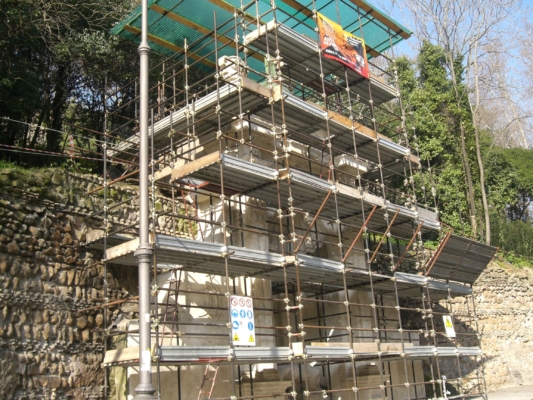 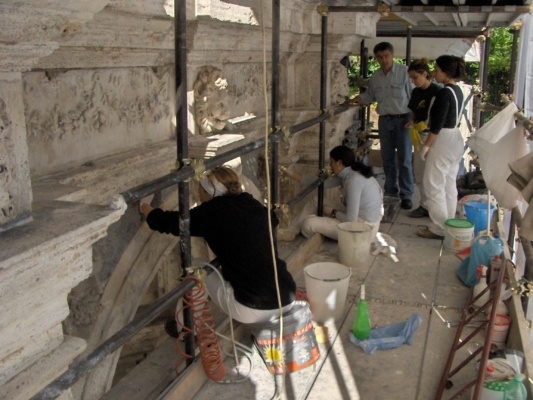 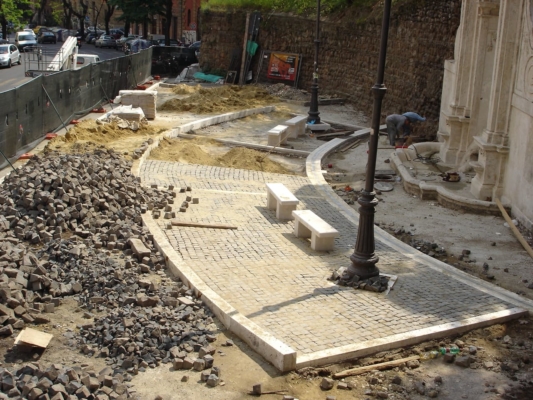 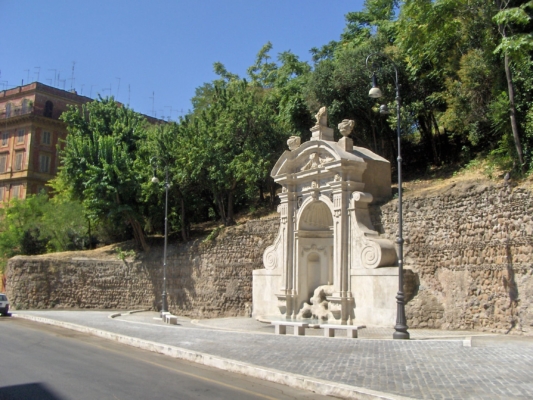 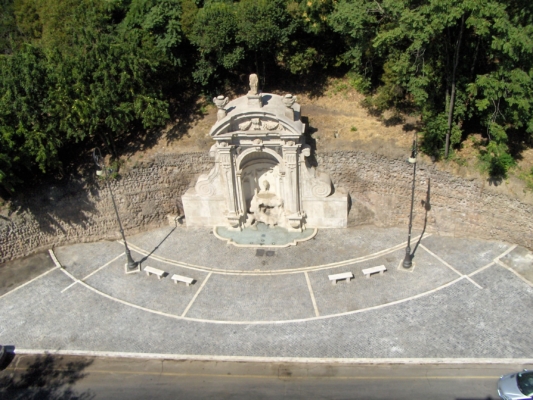 Brief historical notes. Placed so as to appear as a beautiful backdrop of via Luciano Manara, the ancient Prigione fountain, to date located in via Goffredo Mameli, was part of the monuments that adorned the famous Villa Montalto of Pope Sixtus V, demolished in 1887 for the construction of Termini Train Station . With the progressive demolition of the villa, the fountain was dismantled and provisionally set aside in the warehouses of the Ministry of the Interior. Subsequently, it was recomposed at the end of via Genova, and subsequently, in 1928, it was transferred and definitively arranged, by the Civil Engineer Comitee, in its current position, at the foot of the Janiculum. The noun “prigione”, belonging to the ancient name of the fountain, derives from a grandiose and valuable statuary group which included a marble half figure depicting a prisoner. The fountain that we admire today consists of a niche delimited by two pilasters that support the pediment rich in floral decorations and lion protomes. At the base of each pilaster two small suspended basins receive water from as many spouts, while a low ground-level basin, protected by six elegant columns, collects the fan-shaped water from a large lion head that protrudes in the center of the niche.