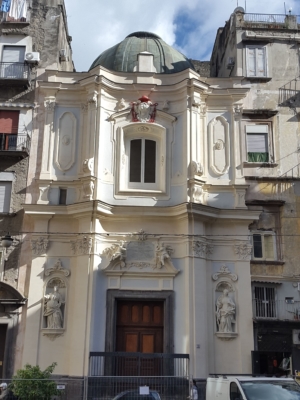 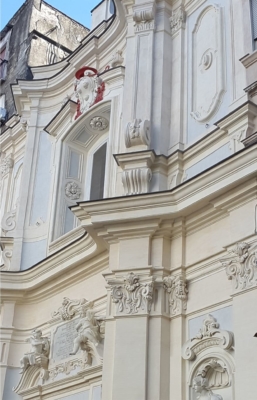 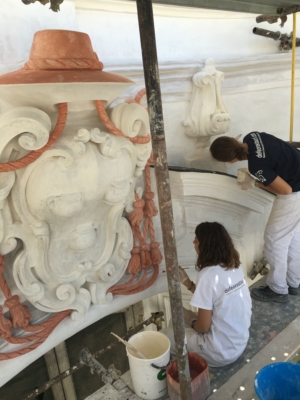 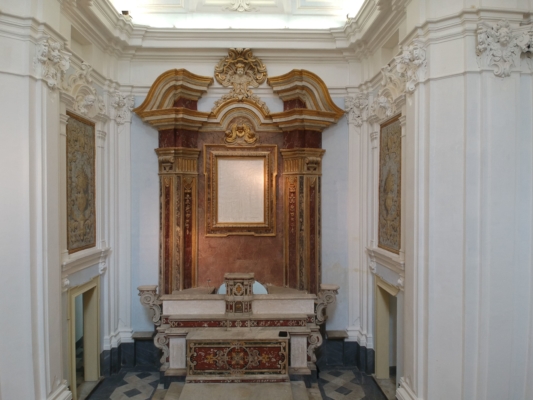 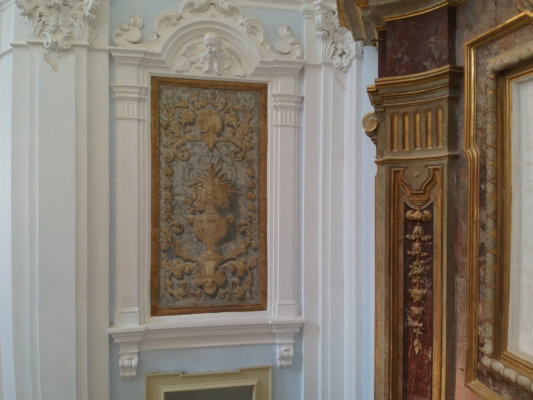 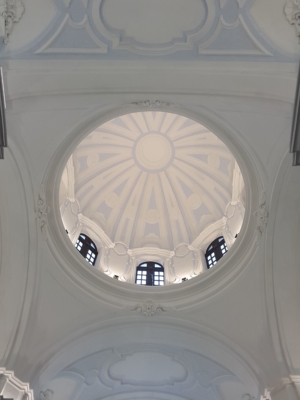 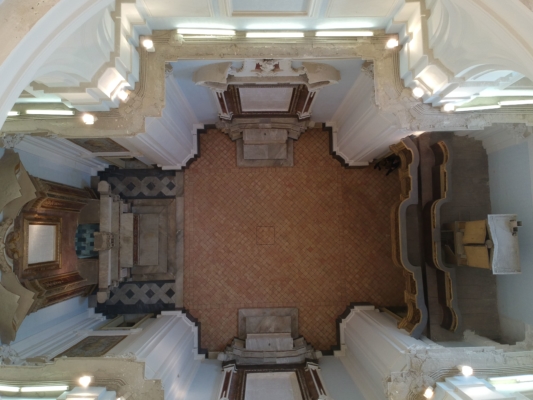 Brief historical notes. Baroque church in the historic center of Naples which was built in 1580 on the initiative of the religious Marcello Fossataro who, having purchased the houses in the area to build the religious complex, decided to assign it to abandoned children; decommissioned as an orphanage, it was then used as a musical conservatory with the name of “Conservatory of the Poor of Jesus Christ” where, among others, the great Giovanbattista Pergolesi was also formed. The facade dates back to 1716, the work of the architect Antonio Guidetti who set it between the buildings that were once part of the convent. The spaces are divided by Corinthian pilasters and pillars, while the portal, in piperno, is topped with a decoration with two stucco angels holding up a marble plaque; in the lateral niches of the first order, there are stucco statues depicting the virtues.